Can the ELCA be Multicultural? I'm Glad You Asked...

I always chuckle a little bit whenever someone asks me the question - often with furrowed-brow and misplaced intensity: "Can the ELCA be multicultural?" It's a tough answer. Internal estimates place the whiteness of our denomination at almost 95%.

This summer's sobering PEW research study of ethnic diversity in US religious communities had us at 96% white, making us the whitest church in the United States despite decades of trying to be otherwise. So sure, there is cause for worry, but having been in the vanguard of this very discussion for some time now, I always sport a sly grin whenever this topic pops up - because there is some little-known good news that invariablly twists the corners of my mouth a jaunty angle.


The ELCA already is multicultural.

It's true. Firstly, I know this because since beginning Th.M./Ph.D. studies at the Lutheran School of Theology at Chicago in 2013 virtually all of my guides and mentors have been people of color. My advisor is from India, my "step advisor" is Puerto Rican, and my mentor-of-mentors is African American with roots in Jamaica.

What's more, if you have two free days to attend the ELCA's  Glocal Musician Training in Chicago, you will marvel - with it's more than 20 ethnic groups and languages singing and crying and laughing together - at the broad range of voices and harmonies and dissonances that echo under our church's little roof. Don't believe me? Watch this video of last year's training - and if you don't blink you might even witness the author shaking maracas and playing his viola!

But even more encouragingly, did you also know that of the 512 churches and synodically authorized worship communities that have joined the ELCA since 1988, 365 of them are either from communities of color or are racially mixed? In short, in our denomination's short history 68% of all new growth is ethnically diverse while only 32% of it is exclusively white. Though most ELCA communities may have resisted the ever diversifying reality of the US, the new mission starts haven't. For whatever reasons, ethnic diversity is in their ecclesial DNA from the get-go and it clearly shows. So while we may now be 95% white, the future of the ELCA is unquestionably multicultural and these statistics prove it. So when I say that that ELCA is already multicultural, this is why. And it's pretty great.

But now for the bad news -
the hard and depressing news:

Those making the diversity in the ELCA possible have paid a VERY high price.

To illustrate this, and I ask this of our white readers, read the following paragraph and ask yourself how you could do ministry under these conditions:

Is it possible to continue respecting a colleague after she says that you're not "a real Latino" let alone "a real Lutheran"?  How would you feel about your church after your first time through Candidacy was marred by racism - and then later hear that a friend had experienced the exact same treatment by the exact same committee 10 years later? If a white bishop asks you for help placing more first-call pastors of color and then doesn't follow through on any of his commitments, when he asks you for help a second time do you give it? 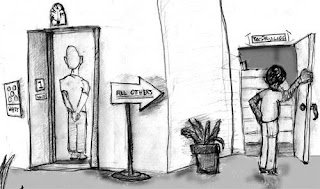 How do you continue to worship with your community after you learn that your black husband was never paid for his musicianship while the white musicians were? How long do you marinate in student debt and despair while awaiting a first call - one year, two years, three or four...? - after watching most of your white fellow-graduates sign their first contracts within 6 months, and everyone else within one year?

And after years of being mobbed by white colleagues every time you try to speak honestly about how you've been racially profiled or marginalized and demeaned, do you stay in your denomination and keep being abused or do you jump ship and potentially destroy your entire career and the security of your family and future?

For months I have listened to these stories from ELCA leaders of color of every sort from nearly all nine of the ELCA's regions - and for all their permutations there is one thing that unites every one:  regular harassment from white colleagues is as much a part of their jobs as Bible studies or coffee dates. 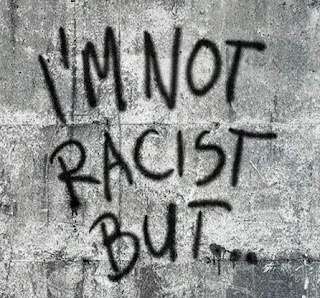 Discimination is the norm and most have chosen to be silent about their pain.

But since the massacre at Mother Emanuel AME in Charleston a dam has burst for many people of color in the ELCA. Since not only were victims Senior Pastor Clementa Pinckney and Associate Pastor Daniel Simmons both graduates of the ELCA's Lutheran Theological Southern Seminary, but even shooter Dylann Roof himself is baptized and confirmed ELCA...


Mother Emanuel was the last straw.

So now leaders of color are starting to break that silence. Tiffany Chaney, a bi-vocational Pastor Developer in Montgomery, Alabama shared powerful testimony of how the hardest thing she has ever done in life is to be "both black and Lutheran.".  I myself wrote an essay relating the trials of people of color in the ELCA to Luther's theology of the cross. And then there is the ELCA's Program Director for Young Adult Ministry, Rozella Haydée White, and her harrowing experiences after admitting the burdens of her racial estrangement before an audience of white ELCA pastors.

We may be few, but over time more and more voices will come forward and I know that our concerns will not be denied or easily mollified.  For the ELCA's progress on diversity may have firm root, but if our denomination truly wishes to continue expanding ministries among communities of color it must also work to bring justice and healing to the thousands of people of color in our denomination who have suffered much from working in such a white church. 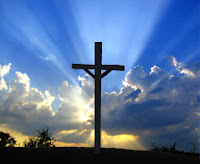 For starters, raise a mic to the voices of color in the ELCA that have so often been marginalized and to allow us to boldly lament for what we have been through.  I specifically use the term "lament" here. As I have suggested elsewhere, when people of color speak directly of their pain, instead of receiving sympathy and understanding, often times others treat our experiences as fodder for a discussion, a debate -  turning even the most respected and sympathetic colleague or friend from a Christian to a Job's comforter.

And the metaphor sticks.

Job had everything taken away from him - daughters, sons, livestock, servants,  health - and had the right to rage. But almost as soon as he opens his mouth the silencing begins: "If one ventures a word with you, will you be impatient...?" and it all goes down-hill from there (Job 4: 2). Eliphaz, Bildad, and Zophar's supposedly comforting words did nothing of the sort, but rather inflamed Job's anger and shame, further compounding his misery and pushing him even farther away from healing.

Similarly, this is how it feels when people of color speak openly of our racial harassment and white people immediately silence us, tell us to calm down.

Yet if sympathetic but unsure white leaders and parishioners rather understood our testimonies as lamentations, they would then be less likely to query or interrogate our stories and more likely give us the space to vent and grieve and give grievance - space that we are almost always denied and so desperately need.

And now, as for how the church can ensure our lament makes a difference:

1.    Have Church-Wide leadership initiate a survey of people of color and racial harassment, asking them if they've ever made an official grievance due to racism - then asking what happened if they had, and why they chose to stay silent if they hadn't. Record the data and report back. It could even be announced at the end of another webcast.

2.    For that matter, have a "Conversation on Race" that focuses specifically on the racism that people of color have dealt with in our own church and use the conversation to expose the 95% white majority of the ELCA to the realities that we people of color face every day.

3.    Deeper yet, as we did a massive study on sexuality, do a similar study on race relations within the ELCA. It is wonderful that the leadership on Higgins Road has condemned the world's racism so boldly and unambiguously - but now we need to turn the lens inward and clean up our own house. Having these hard conversations in every synod and every parish brave enough to do so would go a long way in acknowledging the trials of Black and Brown church leaders and give them just that much more acknowledgment and power as they continue in their ministries. And as for parishes and synods that don't want to ask these questions, ask them why.

4. And even more boldly - have a church-wide webcast service of lamentation. Have the deacons, administrators, pastors, bishops and lay-leaders and everyone else of color who has felt the sting of racism in the our church - have them all come forward to lay their burdens down, raise their lament before God and community and let the shock of the Holy Spirit rock the ELCA to its core.


And after we lament? We will show you how we PRAISE and SHOUT!

There is much to be happy about, even in addition to the good news I mentioned in the beginning of this article. In direct response to last summer's Pew Study The February issue of the Lutheran is going to have a feature on multicultural congregations in the ELCA. Following-up their  "Confronting Racism" conversation in the summer, just last-night Bishop Eaton and ELCA Church Council member William B. Horne II had another such chat. "Confronting Racism: A Holy Yearning" focusing on racism and the US criminal justice system, but the conversation hit many of the subjects mentioned in this blog - the highlight for me being when Bishop Eaton dropped this doozy:

"Pastors, it's hard for you to have these conversations because people will react... Blame it on me!"

I can personally speak some good things about our synod here in Chicago as well - as all of the African-American graduates of the MDiv program at LSTC in recent years now are following calls in this synod.


There is cause for rejoicing.

And never forget - we may have had and are having a hard time in the work we do but we are not going anywhere. We may lament but, like Job, we keep speaking-up and persevering. And most importantly? We know that we our called to this church and we love our work. We accept and embrace the challenges because we know that if we remain silent in "such a time as this" when so many in our communities are perishing (Esther 4: 14) then we would be in total denial of our call and the love and power that the Gospel has given us - and we cannot do that.

The question then, my beloved white brothers and sisters, is this:

As we raise our voices to God, will you also answer our call - our lament – for justice? Will you come with us, weep with us, at the the cross?

Will you weep and shout and sing with us at the feet of our Lord? 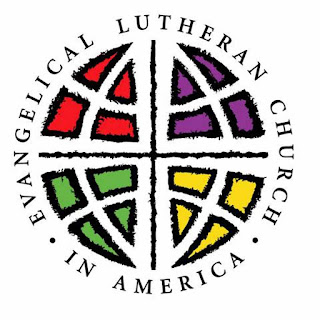 Posted by Francisco Herrera at 10:09 PM

Francisco Herrera
Chicago, Illinois, United States
I'm a Christian agitator and Ph.D. student in World Christianity and Global Mission at the Lutheran School of Theology at Chicago, where I work as the manager for a special blog on diversity called "We Talk. We Listen." I am also the Operations and Fundraising Coordinator for #decolonizeLutheranism and co-founder and Convener of LSTC's first Latinx Student Ministry group - CORAZON - as well as spend much of my free time sharing the Gospel through music and spoken word.